No Crime and No Kids, A "Community" of No Future, But the Fastest Growing Metro Area in the US

Thus, the Villages in Central Florida.  Like something out of a Dystopian Future.  From the article by Toluse Olorunnipa:

“It’s like an adult Disney World,” Conkle, 77, said of The Villages, Florida, whose expansion has come with virtually no crime, traffic, pollution — or children.

The mix has attracted flocks of senior citizens, making The Villages the world’s largest retirement community. Its population of 110,000 has more than quadrupled since 2000, U.S. Census Bureau data show. It rose 5.2 per cent last year, on par with megacities like Lagos, Nigeria, and Dhaka, Bangladesh.

Following an age-restricted model used by developer Del Webb’s Sun City in Arizona, The Villages emerged as growth among the elderly began outpacing all other age groups.

The comparison between the Villages and "megacities like Lagos, Nigerian, and Dhaka, Bangladesh," drips with irony.

Email ThisBlogThis!Share to TwitterShare to FacebookShare to Pinterest
Labels: The Villages

Sad for his family and friends and sad for America and the Middle-East.

The link is to a WSJ article, and I understand that one may not be able to access the article.

Here is an article about Mr. Ajami's passing from Aljazeerah. Worth reading (and accessible) and comparing to the WSJ article.
Posted by Paul Stokes at 6/23/2014 07:55:00 AM No comments:

Sat Cito, Si Sat Bene: It Is Done Soon Enough If It Is Done Well Enough

In Erasmus' essay on Festina Lente, he writes that one of the uses of the adage "Festina Lente," which means "Make Haste Slowly,"

is to point out that precipitate action should be avoided in everything, that hastiness is a fault to which some natures are especially prone, and to them any delay at all seems protracted.  This kind of hurry has companions: error and repentance, according to that line celebrated among the Greeks,

"Hasty action is the cause of many ills"

Such people should have the noble maxim of Cato [sat cito, si sat bene] dinned into their ears, "It is done soon enough if it is done well enough .  .  .  "

On to Thessalonians, 1 and 2

Our Sunday School class, after working through the NT book of Galatians with the help of N.T. Wright, John Stott, and Martin Luther, has commenced 1 Thessalonians.  What a refreshing change!  The Galatians were being pushed off the Gospel by "insiders," the Judaizers, much to Paul's dismay.  The believers at Thessalonica, on the other hand, are standing up against persecution from outsiders, pagans, and experiencing the joy of the Holy Spirit in the bargain, a joy that Paul obviously shares.

Walter especially enjoyed Thessalonica ("Thessaloniki") on the Davidson College "Classics Trip", as I recall.  He must have taken the Via Egnatia to reach that city from Istanbul (then, Byzantium).  There is a great article on Thessaloniki on Wikipedia.
Posted by Paul Stokes at 6/16/2014 05:19:00 PM No comments: 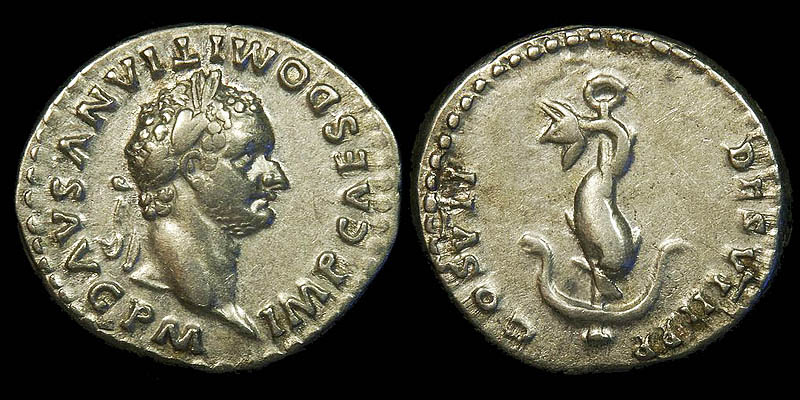 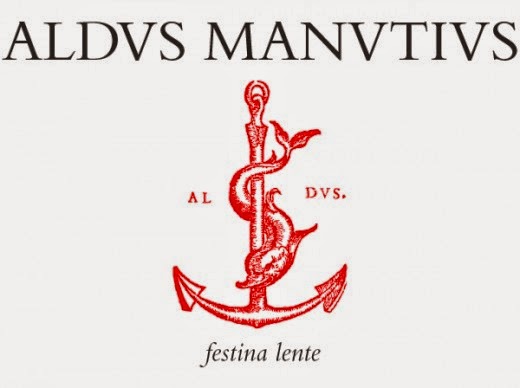 “The circle, according to the accepted meaning, signifies eternity, because it has no end.  The anchor, because it delays, slows down and stops the ship, means slowness; the dolphin represents speed, because there is no creature swifter or more agile in its onrush.  So by putting these meanings together you have the phrase Always hasten slowly.”

From the 1508 Edition of Erasmus’ Adages, quoted in Phillips, Margaret Mann, Erasmus on His Times – a Shortened Version of “the Adages of Erasmus” (Cambridge University press 1967) at page 6.  Erasmus wrote that festina lente, make haste slowly, was "the favorite maxim of Octavius Caesar, the chosen symbol of Titus Vespasianus in old days, and of Aldus today."

Aldus Manutius, whose name appears on the second image, was a famous Italian printer of the Renaissance, and the image was his logo.  The care with which he printed books made him a favorite of Erasmus.  Erasmus includes several paragraphs of praise for Aldus in his essay on festina lente.
Posted by Paul Stokes at 6/16/2014 08:29:00 AM No comments:

Email ThisBlogThis!Share to TwitterShare to FacebookShare to Pinterest
Labels: Erasmus

What are the Humanities? Any Course not a STEM course?

This provocative interview of President Obama raises the issue, in my opinion.  His definition of the Humanities appears to be this:  Anything offered by the Academy other than science, technology, engineering and math, regardless of its rigor or the lack of it.  He implies, further, that we don't need "Humanities" all that much anymore and certainly not now.

We have, after all, the media elites.  They can do the thinking for us.

The word "Humanities," however, derives from the 16th Century Humanists, those artists, scholars, theologians, philosophers, princes, musicians, even merchants, builders, soldiers and sailors, and other people who were readers and mainly lived in or had their economic base in cities.  These are the people who ushered in the Renaissance and the Reformation, all on the back of a revolution in technology, with such things as the printing press, advances in architecture, vessels that could sail around the world, and the precursors of modern weaponry.  Some of these people were competent in Latin, Greek,  Hebrew, and even Aramaic ("Chadlean"), the wisdom of the Ancients.  They had the ability to translate and communicate such wisdom into the vernacular and to apply it all to rapidly changing circumstances.  They were keen observers; they mastered critical thinking and the craft of their respective callings.  Oh, for more of those people now!

Email ThisBlogThis!Share to TwitterShare to FacebookShare to Pinterest
Labels: Erasmus, The Reformation 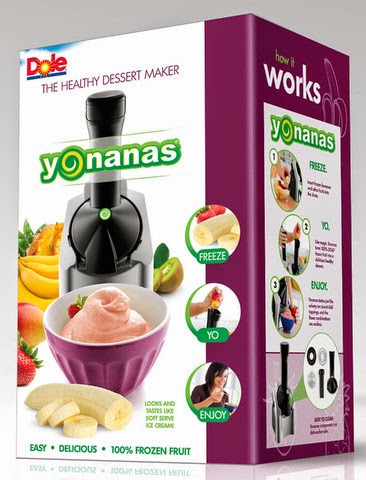 Taking frozen bananas to the next level!
Go here.

Dr. Campbell endorses this, so it must work as advertized.

UPDATE:  Received this item from Carol for Father's Day and it works.

I also got a great card:

And so it went on Sunday afternoon after church.