Stay as long as you can.

If you are in a city or a community that is broken, where people are burned out or spiritually lost—stay as long as you can. 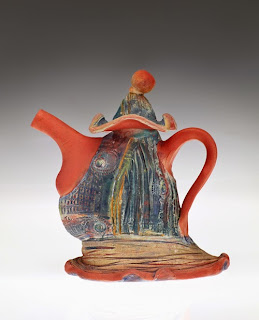 Our friend, Susan Thomas, was among those artists invited to show their work at Art of the Cup 2014 at the Ogden Museum of Southern Art in New Orleans recently.  We are fortunate to have several of her works at our home and here at the office.  The photo is one of her works that she showed.  Others are among the photos at the link.

[I]ts not very good. Its title character is ill-defined. His mission is emotionally muddy. The non-stop car chase action becomes tiresome about 45 minutes in (though I did find myself wondering wistfully if there was a video game to go with it!). The finale is unbelievable even in context. The color palette, I admit, is beautiful but if you’re watching an enormous action sequence and thinking about the color palette…  well, you get the idea.

-from Klavan on Culture and its post "'Mad Max’ — The Critics Are Lying for Political Reasons:


Ideologically corrupt critics are going wild over Fury Road because it's feminist."
Posted by Paul Stokes at 5/15/2015 04:22:00 PM No comments:

We Send Our Warriors Overseas to Rescue Victims of Natural Disasters

Wreckage of missing US Marine helicopter found in Nepal mountains 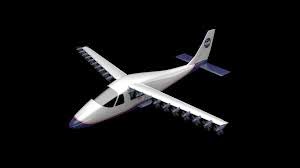 NASA’s latest experimental aircraft, the X-57, looks to break all the rules of how planes fly and may pave the way for entirely new aircraft designs.

Code-named LEAPTech (Leading Edge Asynchronous Propellers Technology) the plane will be about the size of a small general aviation aircraft, but instead of a single large propeller, LEAPTech will integrate 18 tiny electrically powered propellers into a narrow wing with a total area of about 5 square meters. A conventional plane of the same size would need three times as much wing area.

-from World Magazine's May 16, 2015 issue and an article by Michael Cochrane.

The image above is

only a rendering of the wing mounted to a small X-plane. NASA plans to fly the oddly shaped wing in a few years, but right now the wing is still undergoing testing. This could revolutionize aircraft, but NASA could also be grasping at straws with this model as NASA pushes for electric engines to be used in a significant part of the aircraft industry.


NASA has selected Tecnam's P2006T, more commonly referred to as the Tecnam Twin, as the base platform for a new all-electric program named the Leading Edge Asynchronous Propeller Technology project, or LEAPTech for short. Within a few years, NASA hopes to fly a prototype of the airplane modified with a 31-foot wing equipped with 18 electric motors powered by lithium iron phosphate batteries. The conceptual airplane project currently goes under the name X-plane.

I was puzzled how NASA would have the time and resources to develop this technology.  Lindsey Caldwell gives the answer:

LEAPTech was created by a partnership between two private aviation firms, ESAero and Joby Aviation.

ESAero has a website here and Joby Aviation here.  (It is worth clicking the link to Joby to see its opening webpage.  In fact, the entire Joby website is very well done, with some great artwork, photos, and links to other articles on  LEAPTech developments. )

Acts have consequences, large and small.

Yesterday at a funeral at church, I saw a friend I had not seen in several years.  Her sister is a Nurse Practitioner at Baltimore's Johns Hopkins, and a very good one.  As a result of the troubles in that city, the sister is very seriously considering leaving and coming to South Florida.

In yesterday's WSJ, there is an editorial about the Illinois Supreme Court's decision overturning a state law that would modestly cut back on the country's largest unfunded state-employee pension obligation.  The editorial closes with this sentence:

Republican Governor Bruce Rauner has floated an alternative [to raising already high taxes and restructuring loans]: a state constitutional amendment allowing pension modifications, which would require a public referendum and two-thirds vote of the legislature. Barring that, Illinois taxpayers may want to start contemplating Indiana or Florida residency.

The Fate of the Tainos

I am reading Admiral of the Ocean Sea: A Life of Christopher Columbus by Samuel Eliot Morison.  I first met Morison by way of our American History textbook at Duke, Morison and Commager's The Growth of the American Republic (probably the 1962 edition).  Morison was very large in the pantheon of American historians when I was in college.  Morison first published the Columbus biography in 1942, and I had not read it until now.  I am enjoying it, and would recommend it.

Morison admires Columbus, especially as a seaman, but he gives us both the good and the bad.  As to the bad, Morsion writes that "the policies and acts of Columbus for which he alone was responsible began the  the depopulation of the terrestrial paradise that was Hispaniola in 1492. "  Where there may have been as many as 300,000 of the aborigines in 1492, the Tainos, there may not have been as many as 500 remaining by 1548.

Morison wrote his biography as the storm clouds of WWII had gathered and were about to burst.  And so, after he discusses the fate of the Tainos, he immediately adds this little paragraph:

The fate of this gentle and almost defenseless people [the Tainos] offers a terrible example to Americans who fancy they will be allowed to live in peace by people overseas who covet what they have.

Not so gentle and defenseless, even at this point.

The lead article on the front page of yesterday's home edition of the Miami Herald has the following headline: "5 employees suspended after inquiry."  The article's synopsis, just under the headline, states, "Investigators found cash and checks 'stashed in drawers' at Miami-Dade's parking operation where one employee faces criminal charges"

How did the investigators stumble onto this fraud?  Here is what the article, by Herald reporter Douglas Hanks, states in part:

A top county official said the misconduct came to light once Miami-Dade launched an automated system for county garages last year, ending the requirement that daily users of the parking garages pay cash in most garages. A week later, the county’s parking revenues had doubled.

The county garages have been in operation for years and years. Why does Jose take the fall?  Why not the "top county officials" who set up this operation in the first place and allowed it to proceed, year after year?

Wife:  Honey, what would you think of our renewing our marriage vows?
Husband (excitedly):  Really?!! I didn't know the marriage had expired!