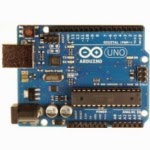 At the corner of West Flagler and NE 1st Street sits a Radio Shack on the ground floor of the old Dade Federal Building.  (Dade Federal held our first mortgage.)  Once there were two Radio Shacks downtown and they were busy, but we are down to one, mostly staffed by people trying to sell cell-phones, and the staff turn-over there seems to be daily.  A few years ago there were several places Downtown into which I could wander for a break: Downtown Camera, Raquel's Downtown Bookshop, the two Radio Shack stores, Sports Authority, Office Depot, and even la Epoca, the Latin department store transplanted from Havana.  La Epoca is still here, but now it sells internationally famous brands for the South American Trade, and the owner that I liked so much has passed away.  The others have all closed, except for the one Radio Shack store.  Downtown is less interesting, pieces are gone, their function generally taken over by the internet, but totally absent in the way that they functioned for me.

However, I do browse through the Radio Shack store now and then - to see what's new back there in the back, where the hobbyists go.  The other day I discovered Arduino, a microprocessor-centered line of products for very young minds (and less and less younger minds), that would lead them into the computer world in a way that encourages tinkering (original thinking) as it teaches.  The founders are two Italians, and so they bring a perspective that is fresh and articulate.   And it has style.

Radio Shack developed a series of YouTube tutorials in which it introduces Massimo Banzi, one of the co-founders of Arduino.  The first video displays the engaging approach of the Arduino way of learning micro-processing.  Banzi starts at the very beginning of what one needs to know, with the idea of the electrical circuit.  Although English is obviously his second language, his use of it is very, very careful and efficient and, at least to me, very attractive.

As I looked at the Arduino display at the Flagler Radio Shack,  I asked a clerk to come over and help me.  The clerk more or less shrugged when I asked him how the store did with the Arduino line.  He said that no one ever asked about it.  (I did, of course.  Maybe a pro-active rather than a reactive sales approach might work a little better.  "Sir, do you have grandchildren?  After we finish with this purchase I would like to show you a line of educational products that would introduce them to micro-processing - you know there's a microprocessor in this cell phone you just bought.")  Looking around the display area, I found a book, Banzi's Getting Started with Arduino, 2nd Edition and bought it.  After a few pages, Banzi engages the reader quickly, using the same careful teaching approach on display in the tutorial.

Radio Shack has obviously put a lot of time, effort, and money into developing the Arduino line.  But the physical actuator (as Banzi might say) fails at the physical retail level.  Whoever owns the Flagler Street store is content with whatever he can make from the phone business, keeping his staff costs very, very low in the process.  What a waste of an opportunity for such a great location and a fascinating line of products.  However, I'm hanging in there with Arduino and will go back to the Flagler Street store and get started.  Maybe I can interest one of the young clerks in Arduino.
Posted by Paul Stokes at 5/10/2014 08:34:00 AM