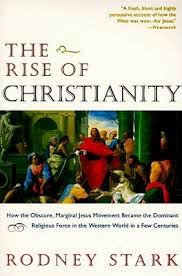 Working with the famous ten-volume translations of The Ante -Nicene Fathers, edited by Roberts and Donaldson, made me appreciate fully my debt to multiple translations.  This was especially true as I wrote about abortion, birth control, and sexual norms in chapter 5; whenever the church fathers wrote candidly on these matters, the Roberts and Donaldson version translated the original Greek into Latin rather than into English.  Reading Clement of Alexandria, for example, one encounters frequent blocks of type in Latin.  From Jeroslav Pelikan (1987:38) I discovered that this was a very old tradition.  Hence Edward Gibbon reported in his Autobiography that “my English text is chaste, all licentious passages are left in the obscurity of a learned language” (1961:198).  Fortunately for those of us for whom learned languages are obscure, there exist more recent translations, written by scholars having less refined sensibilities than Gibbon or the Victorian gentlemen from Edinburgh.  In all, it was a most instructive experience.

- From Rodney Stark, The Rise of Christianity: How the Obscurity, Marginal Jesus Movement Became the Dominant Religious Force in the Western World in A Few Centuries (HarperCollins Paperback edition 1997), "Preface" at pages xiii through xiv.

Another reason to major in Classics?

It took me a few minutes to figure out Stark's use of citations, examples of which are in the quote.  If the work of the cited author from which Stark takes his quote is listed in the bibliography, then the bibliography gives a complete description of the work.  The first number in the citation appears to be the year of publication of the work and the second appears to be the page number.  For example, the Pelikan reference is apparently to:

Pelikan, Joseph. 1987.  The Excellent Empire: The Fall of Rome and the Triumph of the Church.  San Francisco: Harper and Row.

If the reference is not in the bibliography, for example the ten-volume work edited by Roberts and Donaldson, then Stark's practice, apparently, is to give the full title.
Posted by Paul Stokes at 5/23/2014 07:56:00 AM

Email ThisBlogThis!Share to TwitterShare to FacebookShare to Pinterest
Labels: The Rise of Christianity