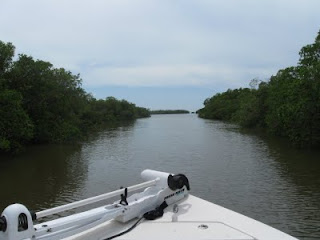 We did catch fish! Went into the "back-country" off Florida Bay (the "Ten Thousand Islands") from near Marco in a small open fisherman. Two photos, one going through the back country, and the other Jim's rebuilt fishing shack - somewhat different from ver. 1.0. 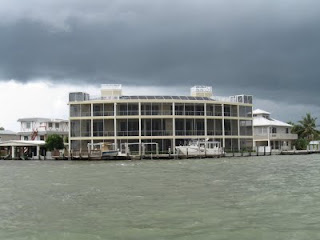 On the trip, we saw porpoise, bald eagles, kestrels that seemed to be running before the incoming storm and tracking bait fish schools all the while, some of the kestrels relatively close to the water, but others flying at enormous heights, blue and white heron and other water fowl, all kinds of shells on the beaches from which we fished at one point, including a shell left behind by a horseshoe crab; and we caught snapper, snook, ladyfish, catfish, and I hooked a redfish that got off the line. All of the fish we released, except for a couple of the snapper. We saw mullet, tarpon, Spanish mackerel jumping out of the water, and even a shark.