A New Appreciation for My Classics Progeny 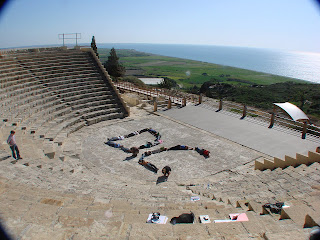 I'm reading Hanson and Heath, Who Killed Homer? The Demise of Classical Education and the Recovery of Greek Wisdom.  The authors write a devastating critique of the Classics industry in colleges and universities in the US during the late 1990s.  In the process, they mount a persuasive defense of Classical values and present the case for learning Greek and Latin so that students can read "the Canon" in the original tongues, texts that reflect the development of those values.  The chapter "Teaching Greek is Not Easy" describes the difficulties students must grapple in order to learn those languages and that their teachers must confront as they seek to keep their students interested.

I understand better the challenge that the classics student in our family confronted at Davidson College.  Perhaps his rock solid character can be attributed at least in part to that major.  I'm sure Hanson and Heath would think so, if they knew him and what he did, as he learned both languages absolutely from scratch and then took the Davidson Classics trip in the company of mainly other students and an occasional appearance by the professor (which appearances were completely adequate, as I understand it, and appropriate).  I attribute W's willingness to go just about anywhere in this world and his fearlessness to do, should he need to go, at least in part both to the reading and the touring he got at DC.

yes - I learned a lot. And much of the learning was a result of the medium rather than the content. Failing tests. Figuring out how to study. Learning to eat what's in front of me without concern. Seeing that it's basically the same people across time and space. That there are wise people over here and over there and foolish people over here and over there, and I'm hesitant to separate that wheat from the weeds.