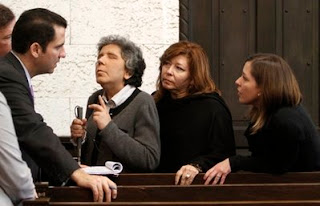 Juan commenced an important case on Monday, and here he is with members of his client's family during a recess. It is a photo on the AP wire, with the following caption: