For any of you uninitiated people out there who do not know Fancy Nancy, she is a fabulous character in a children's storybook by Jane O'Connor and illustrated by Robin Preiss-Glasser. Actually, there are several books by now, and we have five of them. Honor has been wanting to read them over and over again lately. Fancy Nancy loves using big words and loves dressing up. She is crazy about accessories and believes that she really does play soccer better when wearing lace-trimmed socks.

Anyway, I was talking with my mother about not knowing what to do for Honor's second birthday a few weeks ago and she suggested a Fancy Nancy party. What a "Spectacular" idea! So, today, we had a Fancy Nancy birthday party for Honor. All the kids got movie-star sunglasses, tiaras, wands, necklaces, bracelets, leis, tattoos with fancy things on them, and glow sticks. I chose a different colored plastic bucket for each child and crammed all their party toys in them. The kids loved it.

Honor especially looked like Fancy Nancy today because she had just received a leotard with a tutu from her Sue Sue and Pa Pa. Honor, of course, decided that THIS dress was going to be her "Party Dress." She LOVED wearing this little outfit, complete with Baby Legs (because it's cold people...January is not the best time to go running around in a leotard and not much else!) 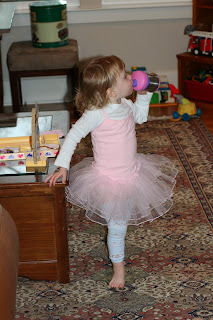 Our friends arrived, we ate cupcakes almost immediately so the kids would have some time to really play hard and burn off the sugar. 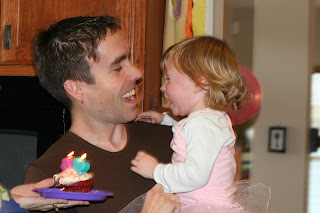 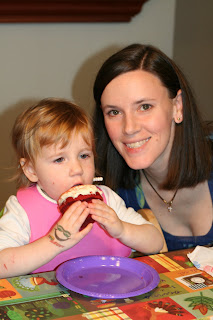 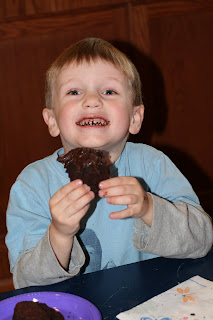 After that we passed out party favors a la bucket, and played and played until we could play no more. Then, we all sat down with our mommas and our papas and ate pesto linguini, herb salad, and roasted garlic bread. YUM! The kiddos were also offered Pesto linguini (and all the three almost two year olds loved it, but the four year olds were not as enthused). 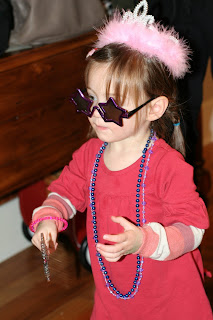 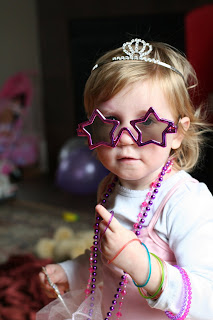 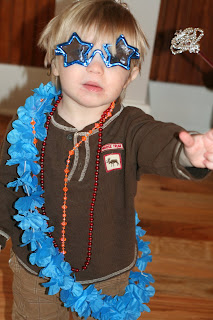 Then, we cleaned up and opened presents. 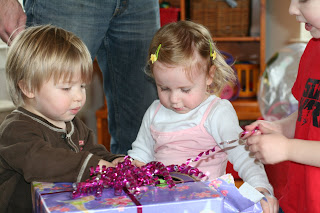 After that, we said goodbye to our friends and headed upstairs for nap. 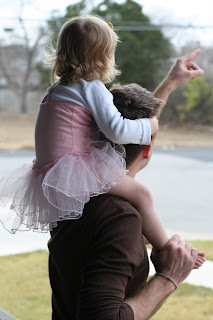