This one is OK: 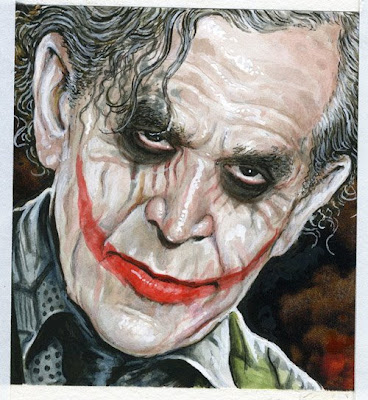 
This one is NOT OK: 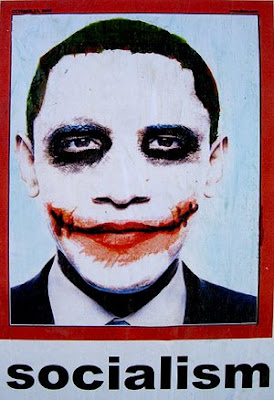 Neither is OK. I guess it helps to say that the Left started this, with that picture of President Bush in as prominent a source as Vanity Fair Magazine. And it is interesting to note that the Obama image appears to be from an alternate media source (unless the Left also published it, in order to further divide us). But it is too bad that politics has come to this.

I think that both are ok, actually. Ok as in normal, ok as in politicians have ever been made fun of, mocked, and illustratively disfigured by cartoonists and artists.

Distasteful? Yes. Rude? Yes. But I think politics has ever been this, whereby "politics" I mean the external commentary on politicians.

It is the mainstream and Leftist media's response to the poster that is crazy. The term for folks who can dish it, but whine when they get it back is "bullies."