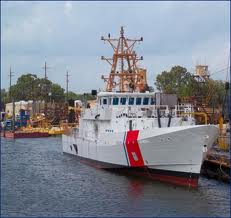 The first of the new class of Sentinel-class Fast Response Cutters being detailed to Miami is the CGS Bernard C. Webber, according to today's Herald.

Bernard C. Webber was a Senior Chief Petty Officer and one of the "Chatham Legends:"


On February 18, 1952, he took the CG36500 out of Chatham Station with three volunteers-Seaman Ervin Maske, Seaman Richard Livesey and Petty Officer 3rd Class Andrew Fitzgerald, an Engineman, responding to the tanker Pendleton, which had broken in two off Chatham in a storm. Seaman Maske was at Chatham Station awaiting transport to the Lightship Stonehorse but remained ashore because the Coast Guard deemed the seas too rough to transport him. He volunteered, along with the two Chatham Coast Guardsmen who volunteered to accompany Mr. Webber.
The Coast Guard crew faced 60 foot waves, hurricane force winds and blizzard conditions to rescue 33 sailors who survived the shipwreck. While the CG36500 was leaving Chatham Harbor, her compass and windshield were smashed and the rescue boat began shipping water. They persevered, and by dead reckoning they finally sighted the stern section of the Pendleton, where the ship's crew was awaiting rescue. They only lost one man-the ship's cook, George D. "Tiny" Myers,
The four who manned the rescue boat all received coveted Coast Guard Gold Life-saving Medals for their heroism in what is considered by maritime historians to be "The Greatest Small Boat Rescue in Coast Guard History."

The photo below is of the CG36500 that Webber commanded on his rescue mission.  It is from the the Chatham Legends website: 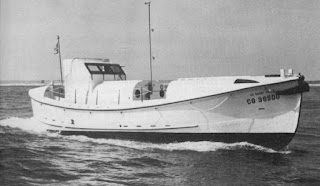 The CG36500 has its own complete website here.  It's worth examining. 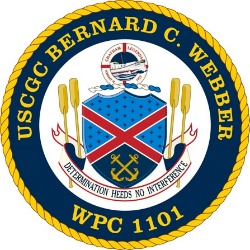